"Men occasionally stumble over the truth, but most of them pick themselves up and hurry off as if nothing ever happened" Sir Winston Churchill.

There is no doubt in my mind that there are significant externalities associated with the consumption of fossil fuels. At the same time, unlike some (see for example http://www.energybulletin.net/3322.html), I am convinced that we are far away from reaching Hubbard's peak in oil production. This I say having observed for the last three years monthly data on exploration, production and above all production costs and prices of oil and gas (see Canadian Energy Research Institute's Commodity Report – Crude Oil and Commodity Report – Natural Gas at http://www.ceri.ca/#Commodityreport).

Above all I remain a skeptic about the size of the anthropogenic influence on global warming. The model developed by Nir Shaviv (see http://www.sciencebits.com/CO2orSolar) and recently (partly) tested at CERN suggests that the major source of influence on the earth's temperature is solar activity. This alternative view, if true, has major repercussions for Kyoto type policies. Indeed, the vast amounts of resources that we are devoting to reducing CO2, could be usefully devoted to other income generating activities. 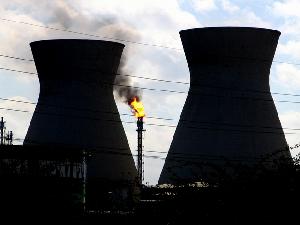 Well, obviously I respect your viewpoint, and inclusive I'm going to try to share it with my coworkers ( I work at viagra online products) to know their criteria, but it doesn't mean that, you're right.

To start with I would like to congratulate the creators of this blog, mainly because when I read it I enjoyed it very much.A few years ago I attended a conference called guanacaste costa rica real estate, at that conference had many interesting topics. Perhaps readers may find no relationship between the blog and this conference, but if someday can attend,would realize that there is much to do with this blog.

Hello .. firstly I would like to send greetings to all readers. After this, I recognize the content so interesting about this article. For me personally I liked all the information. I would like to know of cases like this more often. In my personal experience I might mention a book called Generic Viagra in this book that I mentioned have very interesting topics, and also you have much to do with the main theme of this article.

well post, i was looking the same information to write global warming essay.