Is there order in the distribution of high-rise buildings?

The simple approach of economists to this question changed significantly in the last 15 years.

In the past the vision was that all people and activities in cities seek to locate in the closest proximity to some central place. Competition forces some to compromise and to select a location at some distance form the center. The image of a city as a sand pile that is populated by the tallest buildings at its center and increasingly lower buildings as the distance from the center increases was supplemented by an image of a "wave of expansion" of development from the center outwards. 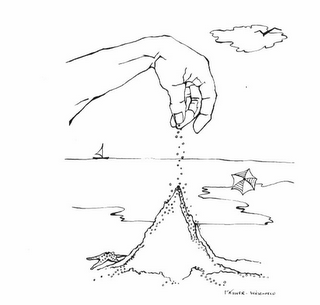 This is an old story and obviously far from being realistic in the case of the vast majority of big cities in the world. Here is a picture of Tel Aviv. 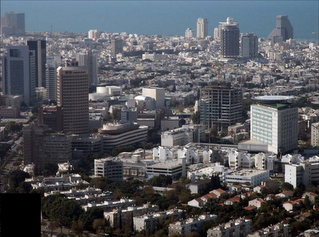 In fact, the extant reality is so complex that we can ask "is there order in the distribution of high-rise buildings?" As you can imagine the answer is far from obvious.

Were we to mark on a map of a city, or better on a blank sheet, a black dot for each high-rise building in a city, it is quite likely that at first glance the result would look to us as a random distribution. In an initial analysis of Tel Aviv my research team has identified the formation of clusters - groups of high-rise buildings that are spatially contigous.

There is almost no research (at least economic research) concerning the frequency and spatial distribution of high-rise buildings. There are 3 or 4 researchers who are attempting to build cellular automaton (CA) type simulation models.
Posted by urban economics prof at 6:26 PM

In most cases the only reasonable explanation where we can find high-rise buildings is where the lots owners want to build them..unless some NGO's are protesting against it.
So, this is the order here in Israel...